What is Ligament Reconstruction in the Knee?

Ligaments are tough, connective tissues that support the knee and keep it in place during movement. Knee Ligament Reconstruction is a kind of surgery used to treat damaged ligaments when non-surgical remedies fail to improve a patient’s symptoms.

These tissues, particularly the ACL, are usually damaged during sports, and when they are, your knee feels unstable and you won’t be able to turn, pivot or twist. Ligament reconstruction tightens the knee and re-stabilises it, avoiding further injury and allowing you to get back into action. If left untreated, a damaged ACL could lead to meniscus tears and early knee arthritis.

Athletes who play basketball, football or soccer, rugby, tennis, squash and skiing are especially prone to ACL damage because their knees often turn in a direction opposite the way their feet are planted. These sports also involve a sudden change in speed or direction, as well as physical contact with the side of the knee.

When the athlete twists, the ACL may get torn or stretched too far, also if the athlete lands awkwardly after a jump. This is when a loud popping sound is heard and the knee buckles.

Ligament reconstruction is recommended for active adult patients who rely on knee stability for work or sports. It might also be necessary for people with Trochlear Dysplasia or an unstable kneecap.

How is Ligament Reconstruction done?

There is a possibility that surgery won’t be needed if the knee remains stable overall. In such cases, non-surgical treatments such as Protecting, Resting, Icing, Compressing and Elevating the knee or PRICE therapy followed by physical therapy may be recommended.

But if ligament reconstruction is deemed necessary, it will be done under general anaesthesia. The surgeon makes two small incisions around the knee and inserts an arthroscope, or tiny video camera, into one of them. To get a clearer view, the surgeon pumps in a sterile solution to expand the knee, and proceeds to remove the damaged ligament.

A healthy piece of tendon will then be taken from the kneecap or hamstring to replace the damaged ligament. To do this, small holes will be drilled into the bones surrounding the knee joint where the tendon will be grafted and held in place with screws, allowing the replacement ligament to fuse with the bone.

Are there any risks when having Ligament Reconstruction done? 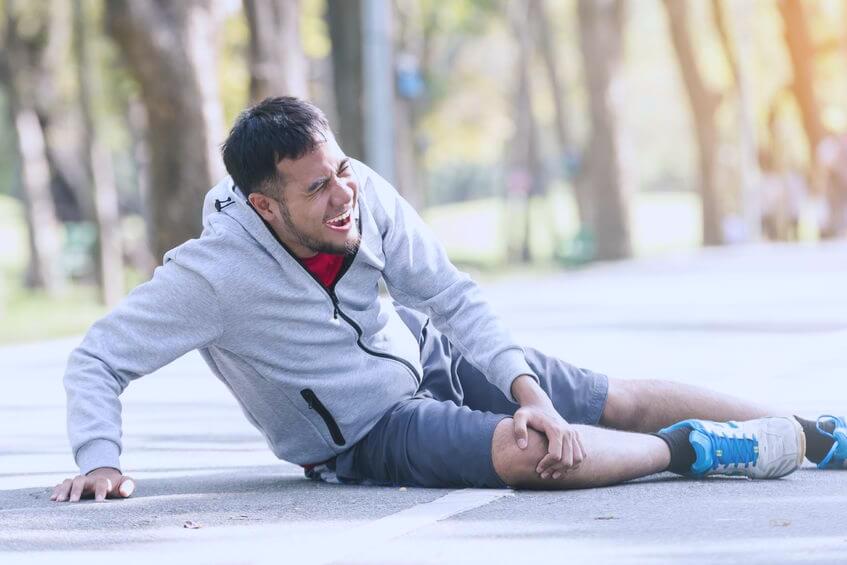 People who have ligament reconstruction done run the risk of bleeding, infection, blood vessel or nerve damage, and blood clots in the legs or the lungs. They may have further pain, numbness or swelling in their knee and, as the reconstructed tendon stretches, experience a decrease in their range of movement

It’s also possible for the graft to fail, become loose, or become injured again. The patient may also experience crepitus, or a grating, cracking feeling in the kneecap.

How do you prepare for Ligament Reconstruction?

To determine whether ligament reconstruction surgery is required, the knee will be thoroughly examined via X-rays, MRI’s and arthroscopy. The surgeon also often uses the Lachman’s test or the pivot shift test to check whether the ACL is still intact: if the ACL is torn, the shin will move too far forward.

Before the procedure can be done, the patient may need to wait for swelling to subside and to be able to move the knee within its full range of movement again. It takes about three weeks for the full range of movement to come back after the injury, but without it, recovering from ligament reconstruction may take longer.

The patient might also have to wait for both front and back thigh muscles to become strong enough for the procedure. Physical therapy might be recommended, which will include exercises such as stretching exercises for leg flexibility and low-impact activities such as cycling or swimming. Sports and strenuous movements such as jumping, twisting and turning must be avoided.

How can you speed up recovery from Ligament Reconstruction?

Some people who have had ligament reconstruction still have pain and some knee instability, and may take around six months to fully recover. However, being able to play sports at the same level before the injury took place could take about a year.

To facilitate your recovery, care for your wound by washing it with mild soap and warm water. Be sure to keep your bandages clean and wear the cuff or waterproof bandage you may be given. The cuff might contain iced water to help keep swelling down, so take care that the cuff doesn’t leak. The cuff may be substituted by placing an ice pack wrapped in a towel on your knee.

If you notice swelling and redness or painful bruises on your shin or ankle, this could be because of leaking blood and fluid inside your knee. This should go away after a week or so, but if it doesn’t, be sure to let your surgeon know, and to take pain medications as directed.

Following the physical therapy programme given by your surgeon or therapist can also help speed up recovery. The exercises can start after the procedure and continue at home, and may include bending, raising and strengthening your leg. If you’re not sure about how to do any of the exercises, ask your surgeon or physical therapist to make sure you’re doing them correctly.

When using crutches, which will probably have to be used for about two weeks, make sure you put as much weight on your injured leg as necessary. Keep your leg elevated as much as possible by resting your foot on pillows when in bed.

Pain is your body’s way of telling you that something is not right. Don’t just brush it off and risk the chance of compromising your movement and interupting your daily activities. Get it checked today for the right intervention the soonest possible time. Book your appointment with Dr. Dutton, here.

Have a question? Chat with a professional

DON'T PUT UP WITH THE PAIN! MAKE AN APPOINTMENT