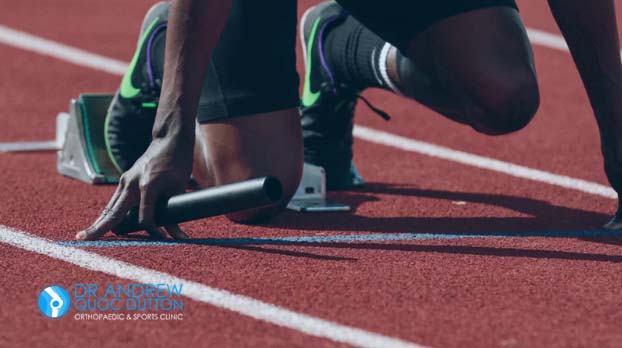 So, for those who live an active lifestyle, it is important that you are aware of these different symptoms that signal an injury. More importantly, you should know what  to do about it, and what can be expected from a course of treatment. Remember that a minor ache you might’ve brushed off today, just might be your undoing tomorrow.

Here’s a quick rundown on 7 knee injuries that are common among athletes.

Patellar fractures are serious knee injuries that can lead to profound impairment. This occurs when you fall directly onto the kneecap, through overuse, or through direct trauma (e.g. direct blow by a hockey stick). If the amount of stress is more than what the bone can handle, it can result in a fracture. These types of injuries can vary depending on the location, severity and type. 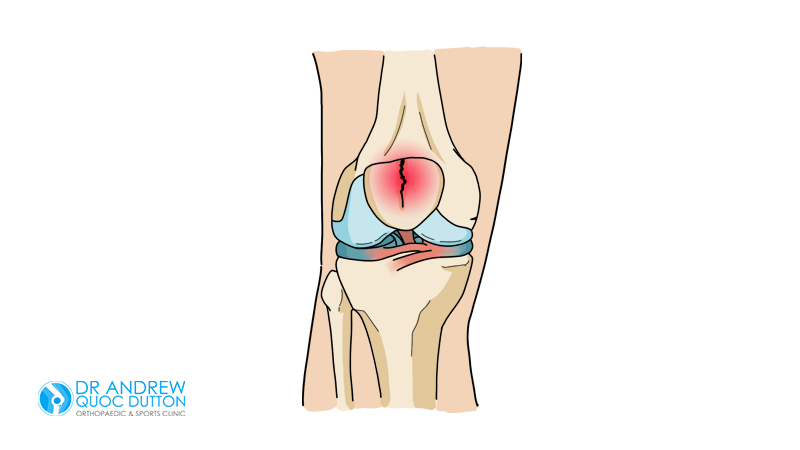 Symptoms of patellar fracture include:

A diagnosis is made by determining how the injury is obtained, through physical examination, and radiological findings. Treatment may involve re-alignment, surgical repair, or the use of protective and assistive devices (knee braces, plaster cast, or crutches). Athletes can undergo rehabilitation by gradually conditioning the patella in a safe and effective manner.

Patients with a patellar fracture usually make a full recovery with proper management. They can resume sports within a few weeks or months under close guidance from their physiotherapist or specialist. If poorly rehabilitated, this type of fracture can develop into other conditions such as post traumatic arthritis, chondromalacia, or patellofemoral pain syndrome. 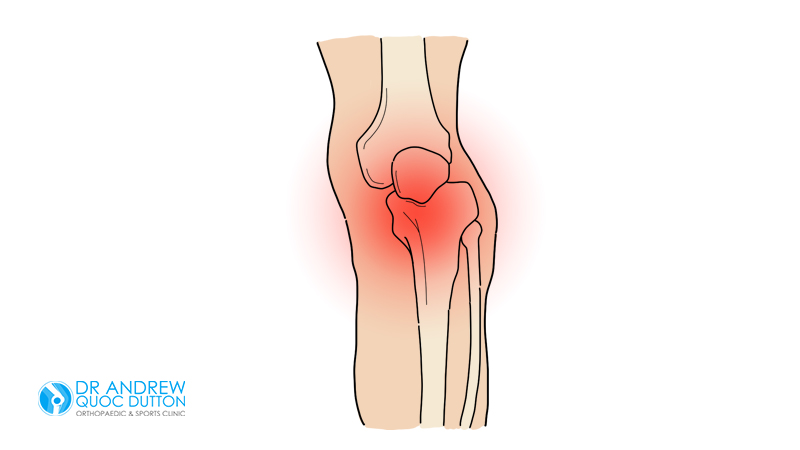 Knee dislocation occur in athletes when the foot is planted on the floor and a rapid change of direction or twisting motion occurs. This is common in sports like soccer, cycling, skiing, gymnastics, and the long jump.

Symptoms of a dislocated knee include:

To check the injury, the doctor will initially examine distal pulses , especially on the foot since vascular damage is common with knee dislocation. They may also order an X-ray exam to determine the extent of bone damage. Patients may also undergo an arteriogram , which is an X-ray of the artery to check for arterial injuries, or an ultrasound in some cases to assess arterial blood flow.

Dislocations are considered serious injuries.While recovery is possible, the injured knee usually doesn’t regain its previous capacity to absorb stress. It is common for doctors to prescribe the use of supportive wraps or devices to protect the knee and spare it from undue stress. 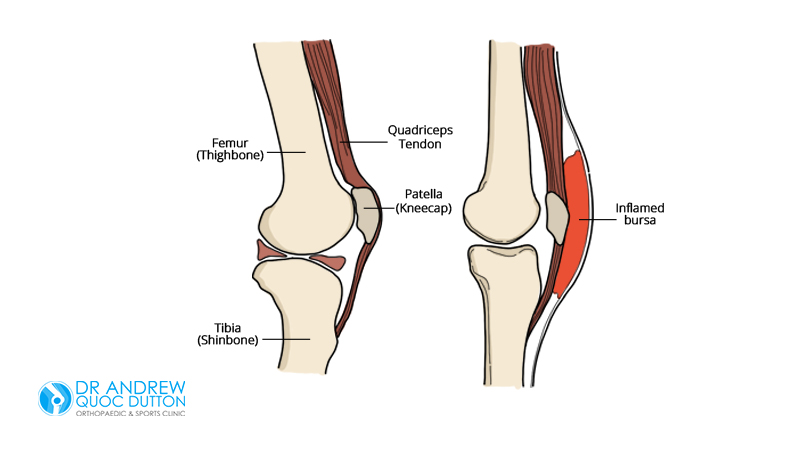 The knee bursae are fluid-filled sacs situated near your knee joint. When working correctly, they help the joints to guide smoothly and they help keep the tendons, ligaments and muscles from scraping the bones.

Knee bursitis occur when one or more of the bursae becomes irritated, inflamed, or damaged. Prolonged pressure, traumatic blows, and repetitive motions (e.g. running) can cause an  irritating friction which can lead to bursitis. This worsens if the joint has been held in one position for too long.

The telltale signs of bursitis include:

Bursitis may sometimes be mistaken for some other knee problems such as arthritis, stress fractures, and tendonitis. To correctly diagnose the problem, the physical therapist or orthopedic doctor will make a thorough evaluation and conduct special tests (e.g. X-ray, MRI, Ultrasound).

In most cases, knee bursitis resolve on their own with little or no treatment. However, in some cases it may require medical care, and an intervention is aimed at symptom relief. This involves basic treatments like lifestyle modifications, home remedies, and medications. For persistent symptoms, other options include corticosteroid injections, aspiration, and surgery. 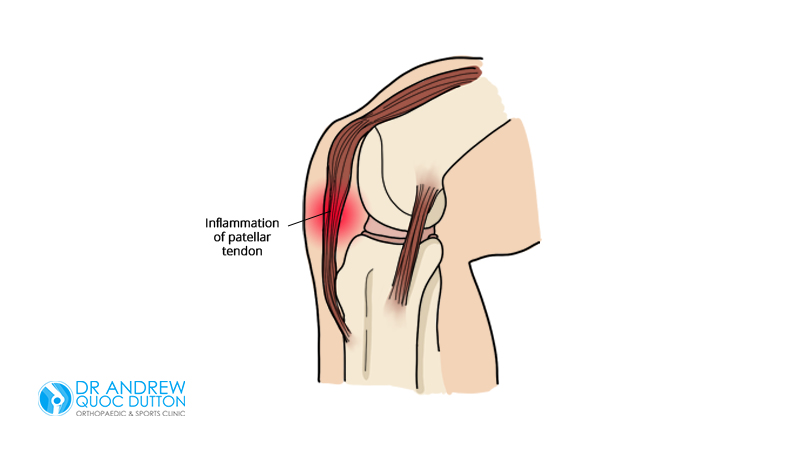 Patellar Tendonitis, also referred to as patellar tendinopathy or “jumper’s knee” is an overuse injury that is characterised by overstressed knees. Athletes often acquire this type of injury in sports where jumping or landing heavily is common (e.g. volleyball, basketball, long jump). It also occurs when you suddenly subject your body to more exercises or train on hard surfaces like concrete. The extra stress on the tendon results in tiny tears which inflames the muscle.

Patellar tendonitis typically has a gradual onset of pain. Athletes with mild to moderate symptoms would even continue to train and compete. At the first damage the injury may not cause any problems and would often heal quickly. However, if it occurs repeatedly, the tears may develop faster than the body is able to recover. The damage will progressively become worse resulting in pain and dysfunction.

Symptoms of the injury include:

To diagnose the problem, the doctor will assess by applying pressure to certain parts of your knee to determine painful areas. For patellar tendonitis, this will be at the front of your knee, just below the kneecap. For a more conclusive diagnosis, doctors will also do imaging tests such as X-rays, ultrasound, or MRI.

Medical interventions for this injury also include physiotherapy, and may even involve prolonged rehabilitation. With proper injury management and rehabilitation you can get back on the court, the track or the field as soon as possible. 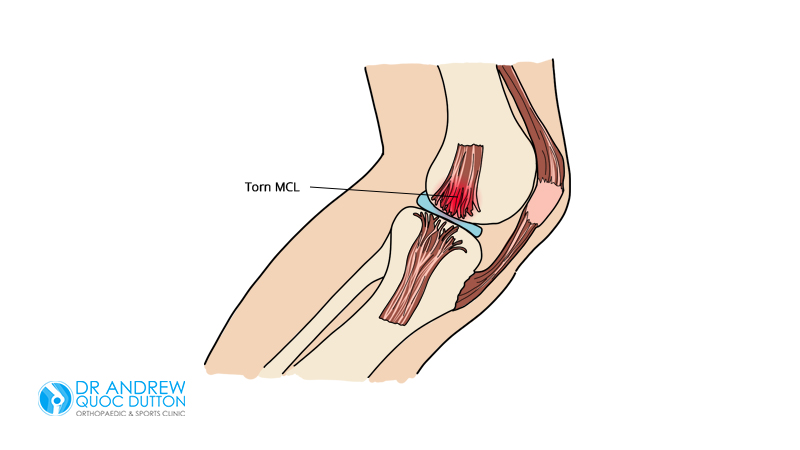 Ligaments are bands of tough connective tissue that surround a joint to provide support and control movement. Ligament injuries, commonly known as a knee sprain, often happen due to a sports injury which results in the knee joint becoming unstable. They also severely limit your knee movement.

The knee is stabilised by 4 major ligaments that connect the thigh bone to the shin bone, and these are:

To diagnose ligament injury, the doctor starts with a physical exam. They will inspect the knee for swelling and tenderness. The process can be uncomfortable because it involves different knee movements to assess your range of motion and the application of external pressure on the knees.

The extent of damage is classified according to a grading system, Grade I (mild), Grade II (moderate), and Grade III (severe). How long a knee sprain persists depend on the type of knee sprain, the severity of the injury, your rehabilitation program, and the type of sport that you play.

Mild to moderate injuries often heal on their own. Most collateral ligament tears (LCL and MCL) usually don’t require surgery. However, in instances where the cruciate ligaments (ACL or PCL) are torn and stretched beyond limits, reconstructive injury will be the only option.

Generally, you can expect a full recovery with proper treatment and a good physical therapy program. 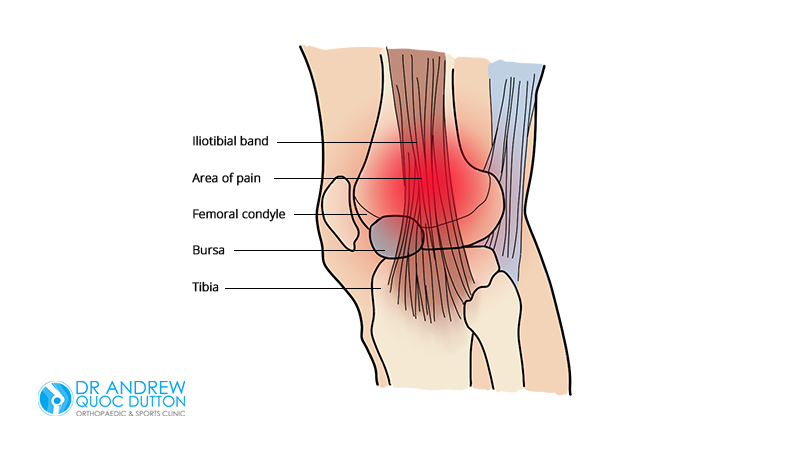 The iliotibial tract or iliotibial band (ITB) is a thick band of fascia that runs along the outer length of your thigh down to the top of the shin. It is composed of dense fibrous connective tissue that extends from the iliac crest and inserts at the knee. The ITB and its associated muscles function to extend, abduct, and laterally rotate the hip.

Iliotibial Band Syndrome is considered a non-traumatic overuse injury that is associated with underlying weakness of the hip abductor muscles. Overuse is brought about by repetitive knee flexion and extension causing pain on the side of the knee usually among cyclists and runners. It is also associated with other activities like cycling, hockey, swimming, hiking and basketball.

A diagnosis is made with a health history that details your health problems and current symptoms. This will also involve a physical exam and a thorough assessment of your knees’ range of motion and strength. Using certain tests, your doctor can distinguish between iliotibial band syndrome and other potential causes behind your knee pain (e.g. osteoarthritis, meniscal tears). Imaging tests such as X-rays or MRIs would have to be done for a definitive diagnosis.

Most people respond to pain or anti-inflammatory medications, cold compress, stretching and strengthening exercises. It is also necessary that one limits his activity for a while to minimise pain, prevent further damage, and to allow the knee to heal fully. Ultrasound and electrotherapy are sometimes recommended to reduce tension. Meanwhile, some may even require surgery to treat the injury.

Most patients recover from iliotibial band syndrome, but it usually takes weeks or months to return to full activity without any pain or discomfort. 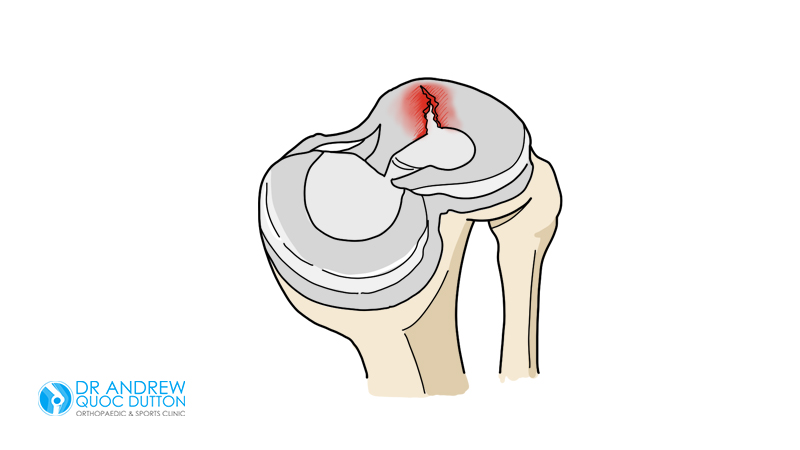 The meniscus is a crescent-shaped pad of cartilage in the knee that acts as a shock absorber. Meniscal tears are considered a widely common knee injury and they are caused either by a sudden twist or significant trauma especially in sports settings.

The injury can occur in isolation or in combination with ligament injuries. It can also range from minor to severe, depending on the extent of the damage.

Symptoms of injured meniscus include:

A torn meniscus is diagnosed on the basis of thorough history taking and physical exam. To confirm a diagnosis, imaging tests such as an MRI, X-ray, or Arthroscopy may have to be done as well.

Immediate management for meniscal injuries include the R.I.C.E.R. method (rest, ice, compression, elevation and referral). It is important that this protocol is followed within 48-72 hours to reduce the pain and for prompt medical attention. In addition, the No HARM protocol must also be applied – no heat, no alcohol, no running or activity, and no massage. It  helps decrease swelling and bleeding of the injured knee.

Through physical therapy, the muscles around your knees and your legs can be strengthened, building stability and support to your knee joints. A patient may even have to wear a knee brace that is specifically designed to support a meniscus injury. However, if pain persists and your knee locks despite rehabilitative efforts, the doctor may recommend surgery.

A positive prognosis is possible after a meniscal tear. Patients can achieve this either through conservative or surgical treatment. Athletes are even able to return and compete in their sports. However, it is also true that once the cartilage is damaged, it cannot be repaired to be as good as the original. This is why everybody must seek ways to prevent a torn meniscus (e.g.strength training of surrounding muscles, proper body mechanics, or the maintenance of a healthy weight).

With this knowledge, we hope that you become proactive in preventing and addressing symptoms. Don’t wait for it to worsen and allow the pain and the underlying damage to take over your life. Seek the right kind of help today and start with a certified orthopedic doctor.

Dr. Andrew Quoc Dutton is a Harvard Fellowship-trained orthopedic surgeon in Singapore who specializes on sports injuries. For any sports-related injury and other related concerns, book your appointment today. 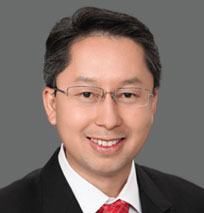 Dr. Dutton has been in clinical practice since 1996 after graduating from Marist College, Canberra and the University of New South Wales, Sydney, Australia. Dr. Dutton has worked at the Prince of Wales Hospital, Sydney and the St. George Hospital, Sydney before completing his orthopaedic surgery training in Singapore.